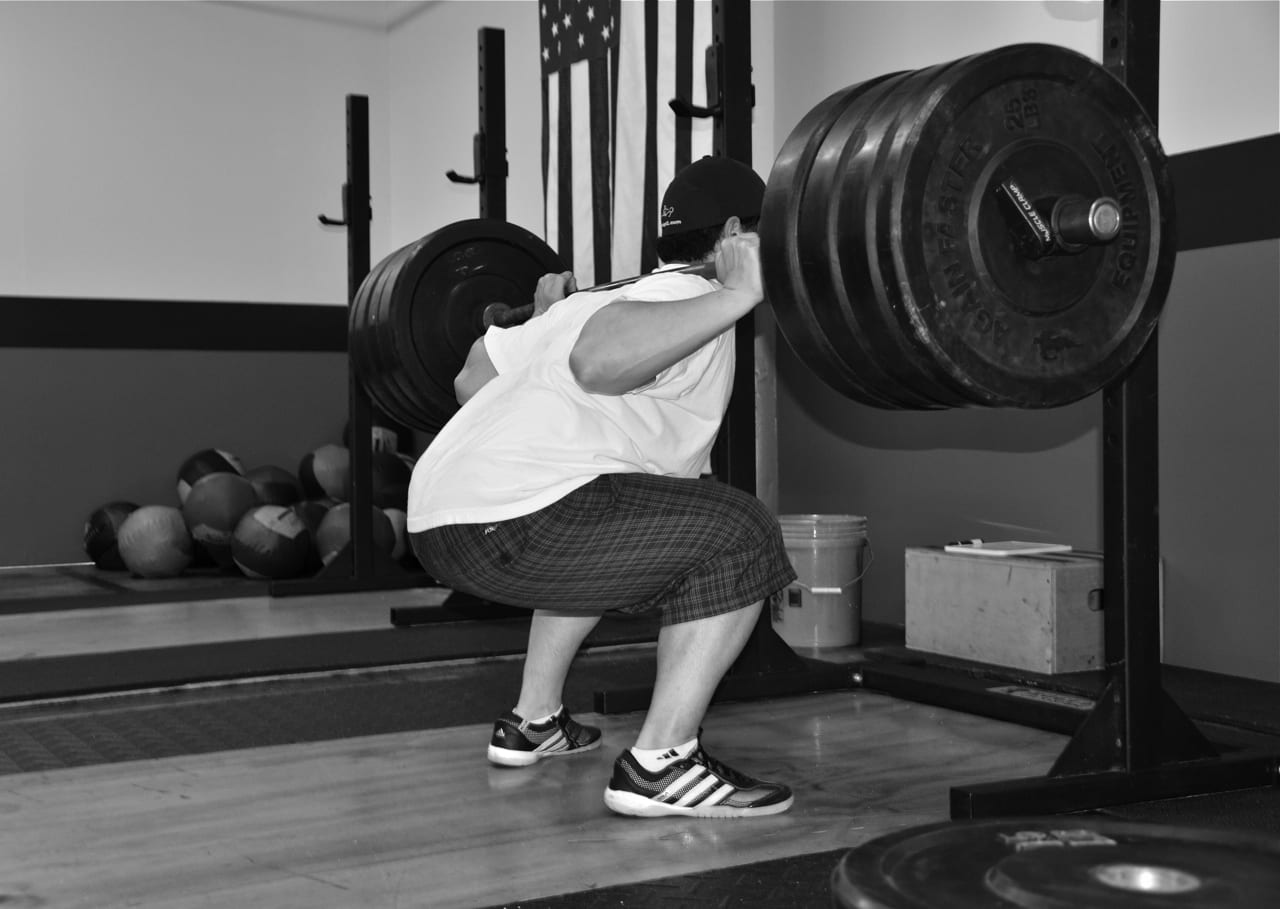 I’ve done both at various points in my past 20 years of lifting, and I’m only sure of three things:

1.) I’m not a huge fan of belts for me. It doesn’t feel right for me. Your mileage may vary.

2.) Life doesn’t offer you an external belt for everything you’re going to lift. So it’s probably not wise to get addicted to the belt, particularly at lighter loads. If you have to pick up the end of your couch to move, are you really going to run for a belt? No. So you might as well train the way you’re going to play life. Without a belt. Does this mean you shouldn’t use a belt at heavier weights in the gym? No, if that’s what you like to do and what protects you. Go ahead and use the belt. Just don’t get used to the crutch.

3.) Yup, I said crutch. The belt is an aide, pure and simple. Yes, a necessary aide at times for certain folks, but it is an aide. So, I believe there should be a distinction made between a lift made with a belt and lift made without one. (I’m covering my head now, go ahead and throw stuff. I can take it.) Why? Because one is an assisted lift and one is not. All else being equal, the lifter using the belt had a piece of assistance over the lifter not using the belt. Yes, you might need that belt because of a physical issue or a mental need — I get it — just like I might need a small stepladder if I want to dunk the basketball at a regulation height rim. So I use the stepladder because God gave me a 28″ inseam. You use the belt because God gave you a back issue. Or just because you want to lift more than you could without the belt. These are assists and should be marked as such. The accomplishment still stands — but with an asterisk — because one is not equal to the other. Both are good and fair and valid — but they are not equal.

Unkind, you say? Maybe. Totally messed up? Yeah, likely. Ignorant? Yup, won’t fight that classification either. Here’s where you can quote all the experts and cite articles in the Comments. That’s okay. This is just the way I feel. Again, just to be clear, if you want to use a belt, use a belt. But, in this one coach’s opinion, you should asterisk that lift.

Unfair, you say? Maybe. But life isn’t fair. Life is complex and messy and all over the place. I’m just trying to keep the scorecard clear. See you at the gym.