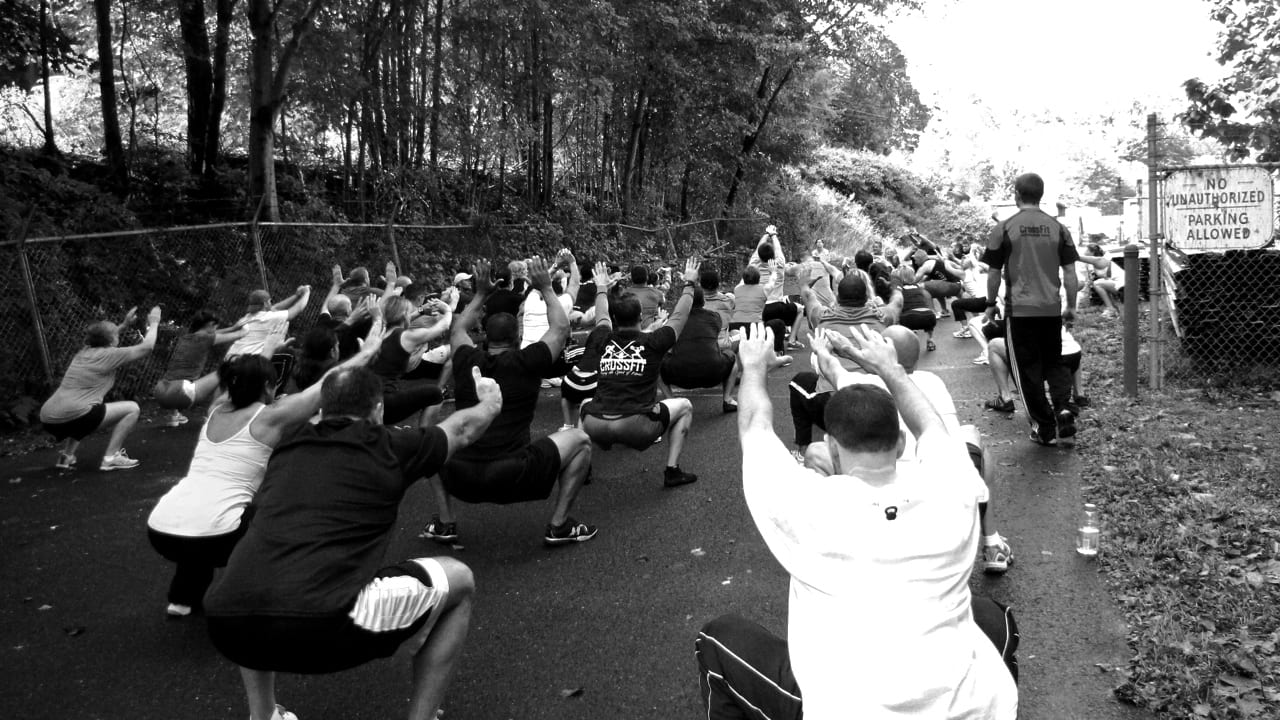 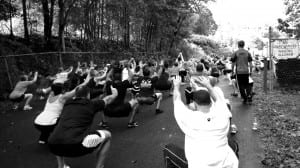 This is how we change things.

A group of people in a parking lot on a Sunday morning.

They could be home in their warm beds, sleeping, or (worse) eating sugary cereal and watching television. Instead, they’re in a wet parking lot on an autumn morning at a CrossFit Level 1 Certification, learning to teach the CrossFit Method.

They could be at a regular gym, inside, on the treadmill, walking to nowhere, hating what they are doing, mind-numbing themselves to their very existence in this life.

Sleep-walking every day. Listening to the droning voices that say, “That’s dangerous” or  “Squatting below parallel is bad for you” or “Deadlifts will hurt your back” or “Don’t drop the weights.”

Be quiet. Be a good girl. Stay in line. Don’t rock the boat.

Welcome to CrossFit. The revolution has begun.

We won’t believe the hype.

Toss the Food Pyramid into the garbage, along with your processed foods and your Big Mac crap and the rest of the junk that is killing you. Read The Omnivore’s Dilemma, shop at your local farm stand, eat something that was grown, not made.

And then get your ass moving. Lift heavy things. Chase each other. Chase excellence. And see what happens to your body, your mind, your spirit.

If the changes aren’t good, then don’t keep CrossFitting.

Go back to your old ways. But, if CrossFit makes your life better in any single way, then abandon bullshit and embrace CrossFit. There are thousands of people around the globe making the same choice today. They’ve left a non-existence behind and decided to really be in the game of life. You could do the same.

A lot of people know the Woody Guthrie song “This Land is Your Land.” What they often don’t know is this verse:

As I went walking I saw a sign there
And on the sign it said “No Trespassing.”
But on the other side it didn’t say nothing,
That side was made for you and me.

See that sign in the photo above? Guess what? On the other side, it don’t say nothing.

That side was made for you and me.