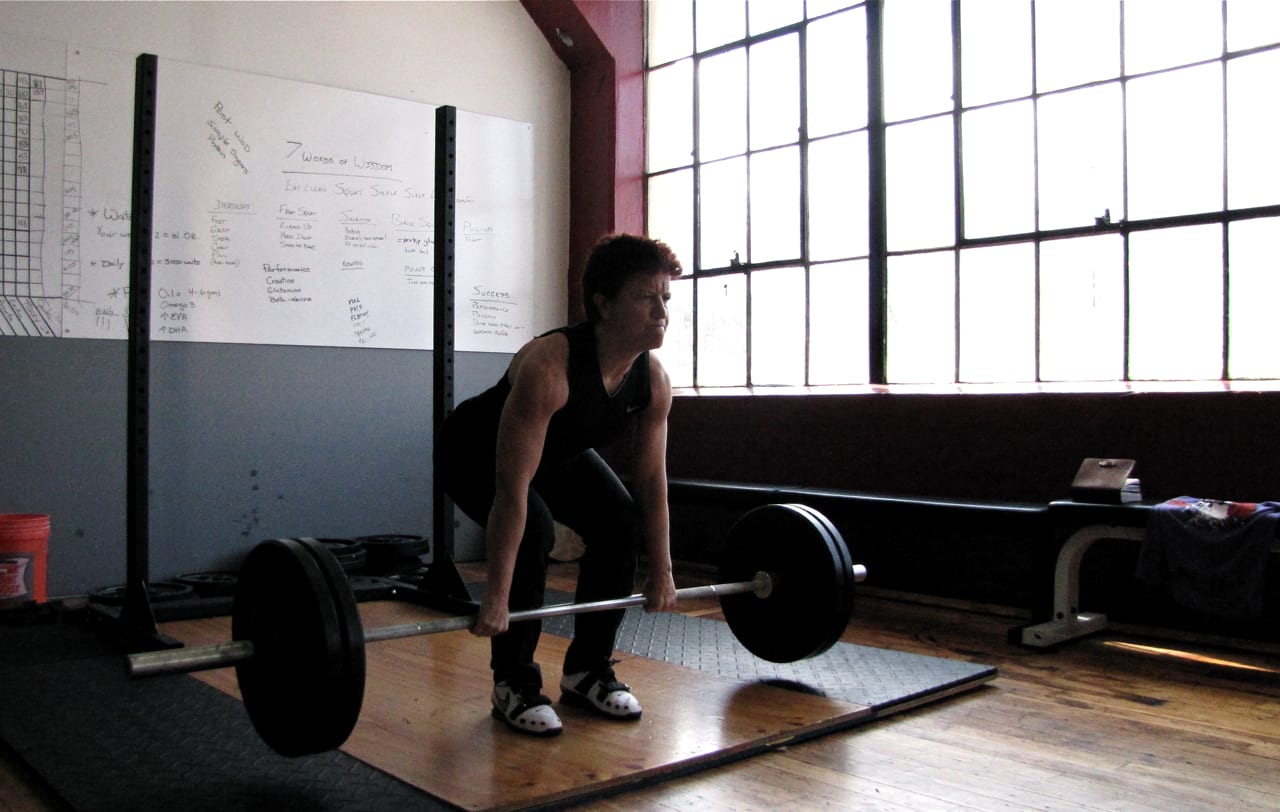 Okay, so I got Games fever last night and took my $10 and threw it on the table and registered for the Open.

Why? Just to be in the ring. I have no pretensions, but I got heart. This was more about saying “Hey world! I’m a CrossFitter!” than it was about where or how I finish. Eventually, I know I’m not going to be IN the Games, I’m going to be AT the Games — and that’s okay too. But for the upcoming 6 weeks, I’m going to step it up and give my all every Saturday in the proverbial ring.

Why do I do these things?

Because I’m stupid. Because I’m an overachiever. Because I’m really kinda messed up. Any and all answers will be graded as correct. (See here for my previous stupidity in 2008.)

I have no illusions.

When the hot June sun hits for Regionals, I won’t be under the pull-up bar, I’ll be shaking hands in the shade. When the lights come on in the late July sky in Los Angeles and the crowd starts to roar at the CrossFit Games, I’ll be down in the press box, Facebooking the moment. At this stage of my life (and pretty much every stage) I’m more writer than athlete.

But that doesn’t mean I’m not going to chalk up and throw down.

It doesn’t mean I’m going to sit on the sidelines in the first round and golf clap.

For six Saturdays in a row, I’m going to step up and give my all in a competition where I am way overmatched.

I’m going to judge and cheer on other fools like me — and a whole bunch of athletes better than me. Then I’m going to throw some meat on the grill and enjoy some beverages with my CrossFit family. And I really don’t know which part I’ll enjoy the most, ’cause I love ’em all.

So tell me this, are you signing up for the Open?

And if not, why not? Life is short. Take your $10 and toss your hat in the ring. Be a part of our playoffs, Super Bowl, World Series, whatever you want to call it. Come on and fly with me.

« Finding Your Mojo Again The Only Rep That Matters »