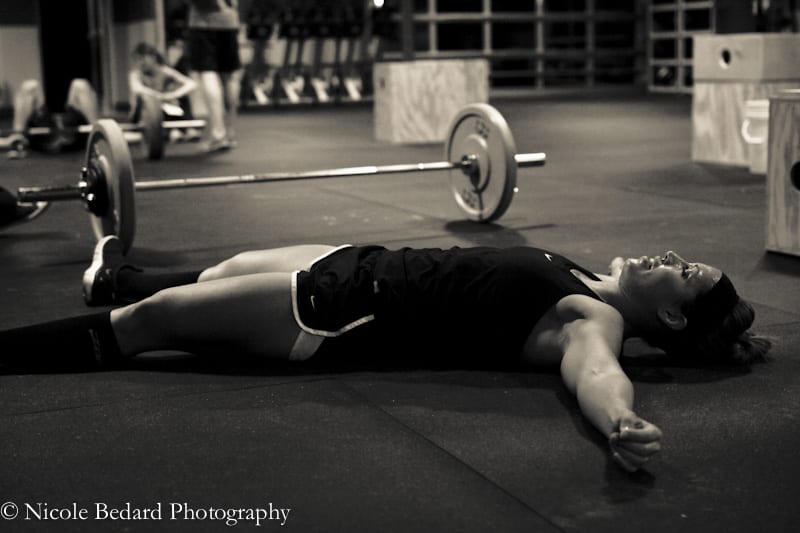 It started as a way to calm the angry voice inside.

The part in your head that was furious that life wasn’t perfect and did not seem like it ever would be. That’s how you met the barbell. You had to get the angry voice out. You tried other stuff—running, cycling, maybe even beer—but the voice always came back. So you started in on the barbell … and then something happened.

When nothing else seemed to work right, be right, feel right, the barbell felt right.

You could swear, stomp, smash, and get all sorts of ugly but the barbell just took it. Took all of it. All your abuse, your hatred, your ugliness—took it all and never talked back. Never made you feel small. Never told you to smile and play nice. It was okay to be angry with the barbell, even preferred sometimes.

The barbell made you feel big, no matter how short or tiny or less-than-powerful you felt.

Once that barbell was in your callused hands with some bumpers on the ends, you were ten feet tall and had an ass that could squat the world. The barbell, used well, gave you power. And you liked it.

Then, somewhere, in your braying about your lifts and your times and your experience that you just couldn’t shut up about, no matter how much your family wanted to ignore you (“Mom, enough about deadlifts”) or how glazed your neighbor’s eyes got (“Holy heck, doesn’t she do anything else?”) somewhere along that way … the angry voice stopped. Vanished into the muggy night. Gone. Left. Beat it out of town.

You still pulled up the voice sometimes, conjured the edge, the grit, the bite when you needed to make things happen, but your anger was a pale comparison to what it was before. A faded glory. A bon homage to the fury of youth.

The barbell took that angry voice and gave you a new one.

And everyone wondered why you sounded so happy. Except those who had met the barbell too.

« Strength to Live This Way A Question »