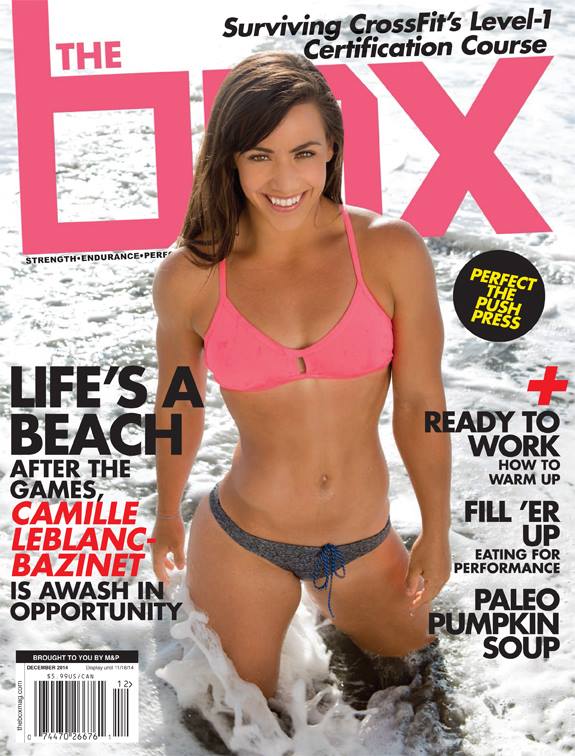 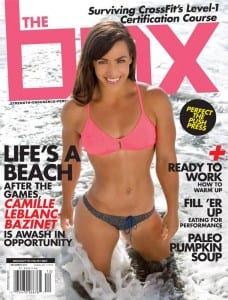 The Cover Shot on The Box magazine

Another week, another social media controversy.

Before you say “stupid Facebook” though, think about this: it’s easy to blame Facebook or Twitter or technology for whatever happens, but in truth, it’s just us. People. We created technology and we use it.

Recently, there was a hullabaloo over a magazine cover of Camille Leblanc-Bazinet, the 2014 CrossFit Games champion. Some folks thought this cover was significantly altered from the original shot. Versions of this photo flew through social media (particularly Facebook) as proof of the extreme photoshopping that must have been done. (Note: it’s hard to say where the storm started, but I just grabbed this example from Women of CrossFit = Strong because I could find it easily.)

Some people agreed and joined the charge. Some tried to turn the blame on Camille. (I had a hard time following that logic, but blame the woman has a proven track record in our society.) The magazine in question (The Box) first made fun of the situation  and then came forward about 36 hours after the storm started and explained their side of the matter, which was to say there was no issue but they were sorry anyhow. (Note: After publication of this post, The Box removed their photo post that made fun of the situation.)

Why am I talking about this situation? Because I think there are lessons to be learned here. Some might help you run your business or they might help you when you come across these situations in life again—and you will because the technology wheel doesn’t roll backwards. The pace is only going to accelerate so learn to adjust now.

1) Be careful of bandwagons

The trouble is that sometimes you’re on the wrong bandwagon. It runs out of gas or it heads in the wrong direction. But I don’t mean that you should never jump on a bandwagon—some are righteous even if they don’t get anywhere. Just look twice and decide if that’s really what you want to do. If the answer is yes? Jump on board. It’s life. We are all going to make lots of mistakes.

2) Pay attention to the emotions behind what you are seeing

Observe this backlash. It gained momentum quickly for a number of reasons. #1: the graphic was visual. People could see (or thought they could) proof of the claim. But that visual was important because it played directly into reason #2: pre-existing anger. The anger was there all along. Women have been pissed for years about retouched photographs and the unattainable standard for female beauty. This photo just gave a CrossFit spin to the issue.

If even CLB had to be photoshopped, who would not be? This looked to be like taking perfection (strength and beauty) and saying “Still not good enough!” It appeared to be enough to make you scream. And many women did. If you’re a business and you appear to make a mistake that taps into pre-existing anger, watch out. The blowback will be much worse, and you’re going to have to react quickly and definitively. 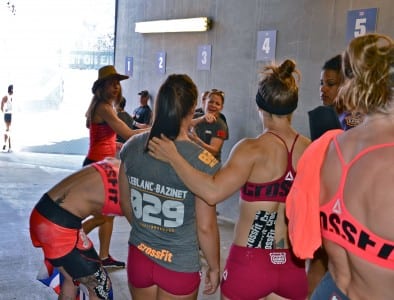 CLB in the tunnel at the 2013 CrossFit Games

3) Mistakes aren’t always mistakes, except when they are

In today’s society, we see a fair number of companies that breed controversy for attention and profits. The media landscape is filled with outrageous tweets, click bait headlines, and sexual objectification. There is so much information out there now that companies have to fight harder and harder to get any attention at all. We’ve even seen the emergence of the “Oopsie Tweet” that probably isn’t really an mistake but instead a “bad” tweet designed to grab eyeballs but which is quickly then apologized for by the company involved.

As these tactics proliferate, we also see some companies employ a PR strategy that is basically Create the Storm and Ride It Out. As Oscar Wilde said long ago, “The only thing worse than being talked about is not being talked about.” At first, it looked like controversy and buzz was the plan of The Box magazine. Many people were upset and there was no immediate response by the company. Then the Box made a joke about the entire situation, and that backfired. It was just a horrible misplay by them—and it leads to the next lesson.

4) When women are angry, don’t make fun of their concerns

That might work with some guys but it’s not a smart play with a women-led crowd. You’ll probably piss them off again. The Box made light of the mob at their gate and this only angered the mob more. Women are tired of being ignored, tired of being patronized, tired of being made fun of. But the Box didn’t get this, at first.

Often, the best thing you can do (as a business) when faced with a crowd of angry women and their male friends is to say, “We hear you” and then explain your side—which is exactly what The Box finally did and that dissipated most of the storm.

They also did something else smart. Read the editor’s statement again from The Box. Note the first paragraph in particular. See what Jordana Brown does? She inserts a release point right away and focuses the reader’s attention on Facebook and its social dynamic, thereby shifting blame to a nonperson. Everyone reading it can now abandon their own culpability if they were vocal. “Facebook made me do it.” Very clever. Now, Brown can tell the crowd “We hear you” and move into her explanation/apology and retain the ears of the crowd. And that leaves my last point … 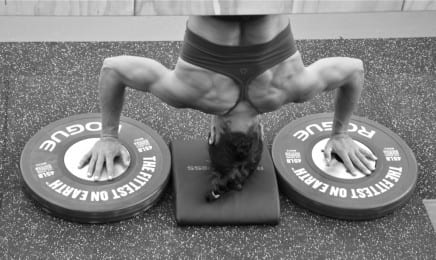 CLB at the 2011 CrossFit Games

As soon as Brown released her apology, people accused her of lying. Is she? Who knows? Not me, not you, not anybody outside of her and that design team. But she gave what people were asking for—an explanation, and it’s plausible. Game over.

« Would You Work Out at a Dirty Gym? A Different Kind of Fitness Assessment »