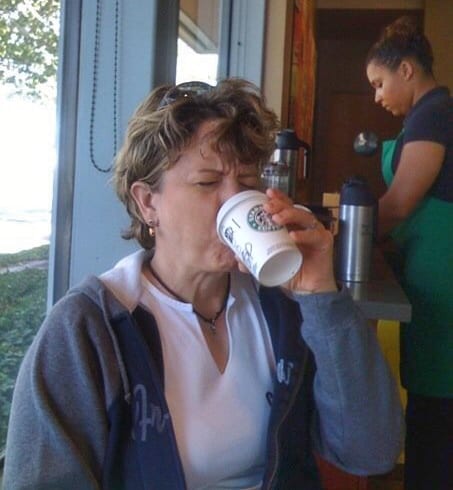 Sometimes, you can kick yourself in the ass.

You decide to accomplish (or eliminate) something in your life, so you make a plan and follow through.

And sometimes, you need someone else to kick you in the ass and hold you accountable.

That’s why there are trainers in the world. As well as these folks:

Somebody to look at your questionable behavior, maybe even wag a finger and say, “Don’t you even start.” 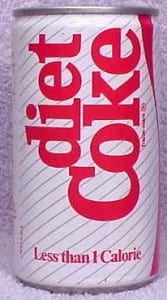 That’s how it was with me and Diet Coke. I loved DC for years and years. So I needed someone else to step in and help me help myself.

See, I never drank coffee when I was growing up. Just Diet Coke from about the time I was 15. We all know how it goes. One Diet Coke a day. Then two. Three a day got me through college.

In the USAF, the ante got upped. I was helping to run a fighter squadron aircraft maintenance unit. We weren’t just addicted to adrenaline, it was a constant contact high. GO GO GO. We went hard ALL the time. 12 hours was a short day at work, and 14 hours was not that unusual. It was a wild pace with F-15E fighter jets roaring off the tarmac. 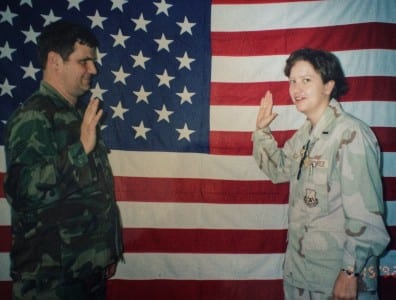 More jets, more sorties, more Diet Cokes. 5 or 6 cans per day was not uncommon. Heck, we even managed to hunt cases of it in Saudi Arabia so we got our fix while deployed to the royal kingdom.

And so it went. My life changed over the years, but there was always time for a couple of DCs during the day, except when I was pregnant. (I went cold turkey then. Just green tea for my unborn babies.) Until one day, many years later, when I no longer had a husband, but now I had a girlfriend.

“That shit is going to kill you,” she said. “No more. And you better stop that Red Bull crap too. If I find one more can in your car, I’m going to murder you myself.”

She wasn’t the most balanced person ever, so I kind of believed her. I stopped, but only after a road trip during which she introduced me to coffee. 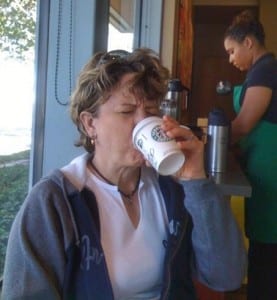 We were on our way to the 2009 CrossFit Games, back when they were in Aromas, CA. We started our drive in San Francisco, and hit five Starbucks between SF and Aromas. At each one, I tried a different coffee drink. Red eye. Latte. Cappuccino. Regular coffee. I hated them all. This coffee thing was never going to hook me.

Then I uttered these fateful words: “What’s an espresso?”

A few minutes later, I threw back that magic potion like a shot of bourbon.

And thus I found my gateway drug to lattes and (eventually) cappuccinos. (At least coffee is not full of the questionable ingredients of Diet Coke.)

What’s the point to this walk down memory lane? I never would have kicked DC to the curb by myself.

My addiction felt good to me, even if it wasn’t good for me.

I needed someone else to lay down the law and help me help myself to change. And maybe you need the same kind of help. I don’t know. We’re all so different.

Have I slipped back on Diet Coke since that road trip in 2009? Once. In 2010, after riding ATVs in Mexico. I was walking through a little hut with someone in the CF world. He saw the Diet Cokes in the frig, and he loved DC.

He popped a dollar into the cup and grabbed two cans. We popped the tops. He slugged his down. I had one sip. Then a second sip, expecting bliss.

But bliss never came. Just a tinny, bitter feeling that made the corners of my mouth curl. Diet Coke simply didn’t taste good to me anymore. I had moved on from that need. I poured out the brown liquid, tossed the can, and kept walking.

What’s your addiction? Can you kick it yourself? Or do you need someone to help?

« Sometimes, Silence Is Not So Golden I Never Understood the Transgender Stuff Either »