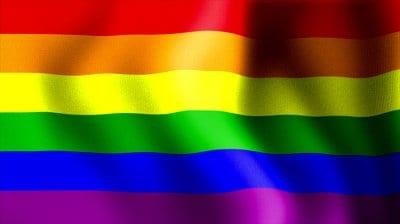 There’s a line in the song “She Keeps Me Warm” by Mary Lambert: “I’m not crying on Sundays.”

But it’s Sunday and I can’t seem to stop crying.

I woke up on another beautiful Sunday here in northern California, but this Sunday wasn’t beautiful on the other side of America. About a minute after opening my eyes, I read the news of 50 people killed in a gay nightclub in Orlando, Florida.

And there I was, sitting in bed, draped in gorgeous sunlight, crying on Sunday.

I spent the next few hours reading on the internet and trying to determine what had happened and attempting to process the reactions of people in the nation. There were many political storms brewing already, here in this phenomenally contentious and uncivil political year, and social media was reflecting those storms.

Still, I thought I was good. I had a handle on it all. Sad but calm. I could take this. We’ve been through this so many times in this nation. Shootings, terror attacks, more shootings. It’s life in America now.

React, post a photo, grieve, move on. We all know the drill.

Then, President Obama spoke to the nation. I was still good, until near the end, when he talked about remembering that this was a terror attack on gay Americans: “This is an especially heartbreaking day for all our friends — our fellow Americans — who are lesbian, gay, bisexual, or transgender,” he said. “The shooter targeted a nightclub where people came together to be with friends, to dance and to sing, and to live. The place where they were attacked is more than a nightclub — it is a place of solidarity and empowerment where people have come together to raise awareness, to speak their minds, and to advocate for their civil rights.”

And there I was, crying on Sunday again.

Just a week earlier, I had been in a bar full of dancing gay women. It’s hard to imagine a less threatening group of people. Mostly, we just want to live our lives and be left alone. But the shooter in Orlando didn’t leave those 5o people alone, and he took their lives. Regardless of his main intent, he chose a gay club so he could shoot gay people. And that makes this all really hit home for me. 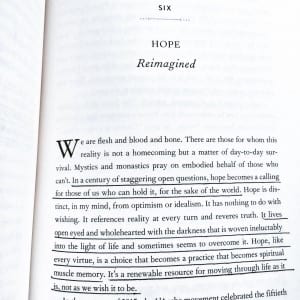 From “Becoming Wise” by Krista Tippett

Still, I recovered. I try to be, after all, a fountain of hope. My last post before going to bed on Saturday night was about the power of hope, quoting Krista Tippett in her wonderful book “Becoming Wise” about how hope is “a renewable resource for moving through life as it is, not as we wish it to be.”

Little did I know that we would need that renewable resource when I woke up. Here we are again. None of us wanted to face another shooting, but here is life and we must move though it.

The only question posed to us is how we will move through it.

Will we be filled with hope and resolve? Or fear? Combativeness? Isolation? How will we deal?

Will we remember that when the world is dark, hope is the light that gets us through? Will we affirm that when we can’t hold on, we still hold on and we pull people into the boat with us? Will we remember the wonderful and healing power of community? Will we gather, not splinter? Will we find the room in our hearts to love everyone, not only those of whom we approve?

The day continued and I thought I was good. I wiped my tears again and steeled myself with hope:

The hallway door opened. My redheaded teenage son stumbled into the living room. One look at me and he knew something was wrong. I opened my mouth to be the calm, steady mother that he always knows. The one who deadlifts close to 300 pounds, and shoots from the lip. The strong force of nature that many people don’t dare to mess with. The one who could calmly tell him about the events of the night, and lay out a path of hope through the dark world that seems to surround us now.

No words came out. That woman wasn’t here today.

And there I was, crying on Sunday again. 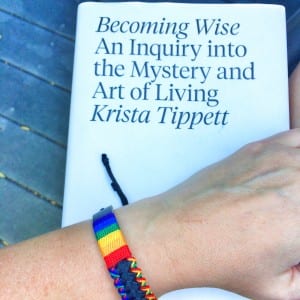