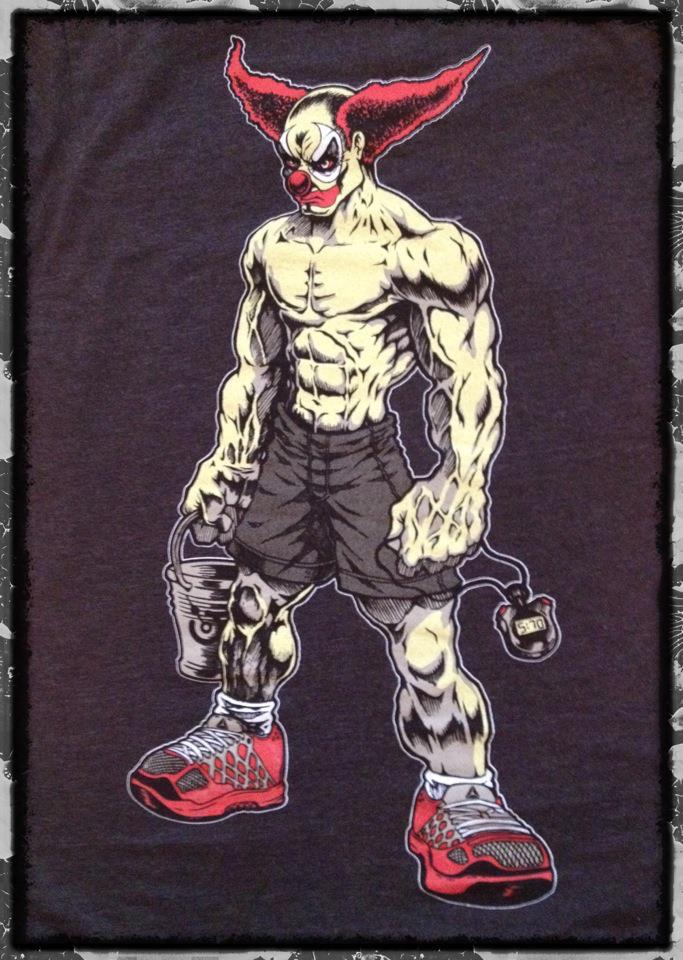 They see him and they flinch. “Jesus, why do we have to bring that thing out?”

That used to be me. I didn’t like Pukie. I didn’t understand him, really.

Why did my supercool workout have this stupid vomiting clown as a mascot? WTF was that about? I thought it was some immature teenage boy fascination with throw up and gross things. I didn’t get Pukie. I didn’t get the idea. And I would roll my eyes when people would send in photos of their Pukie drawings, or make jokes about him.

I was a closet Puke-aphobe.

As CrossFit grew and grew over these years, I noticed Pukie shrinking. People talked less about him. Fewer drawings. And the folks who did talk about him? Well, there was now this other faction — the people who said “Puking is not what we’re about. You have the wrong idea about CrossFit. Pukie doesn’t represent CrossFit.”

But, here’s the thing: they’re wrong. Pukie is CrossFit.

See, CrossFit isn’t some happy utopia where only good things pass and the sun shines all day and night.

CrossFit, at its core, is about the hard truths of life. Good things take effort. Results don’t come easy. Sometimes, to get to a really good place, you have to go through a really bad time. Heavy things are hard to pick up. Strength takes guts. And, if you’re a cheater, you’re an asshole. These are essential truths.

Pukie reminds us of the reality of CrossFit, of effort, of life. When I see him now, I grin like an idiot. I love that stupid clown and all he represents. We — all of us in this CrossFit movement — are different. We have rejected Easy Street. We’re willing to work — HARD — for what we want. And that’s a good thing.

Don’t be hatin’ on the Clown. He’s one vital part of who we are.

« What Is A CrossFitter? Turn Off the H(e)aters »