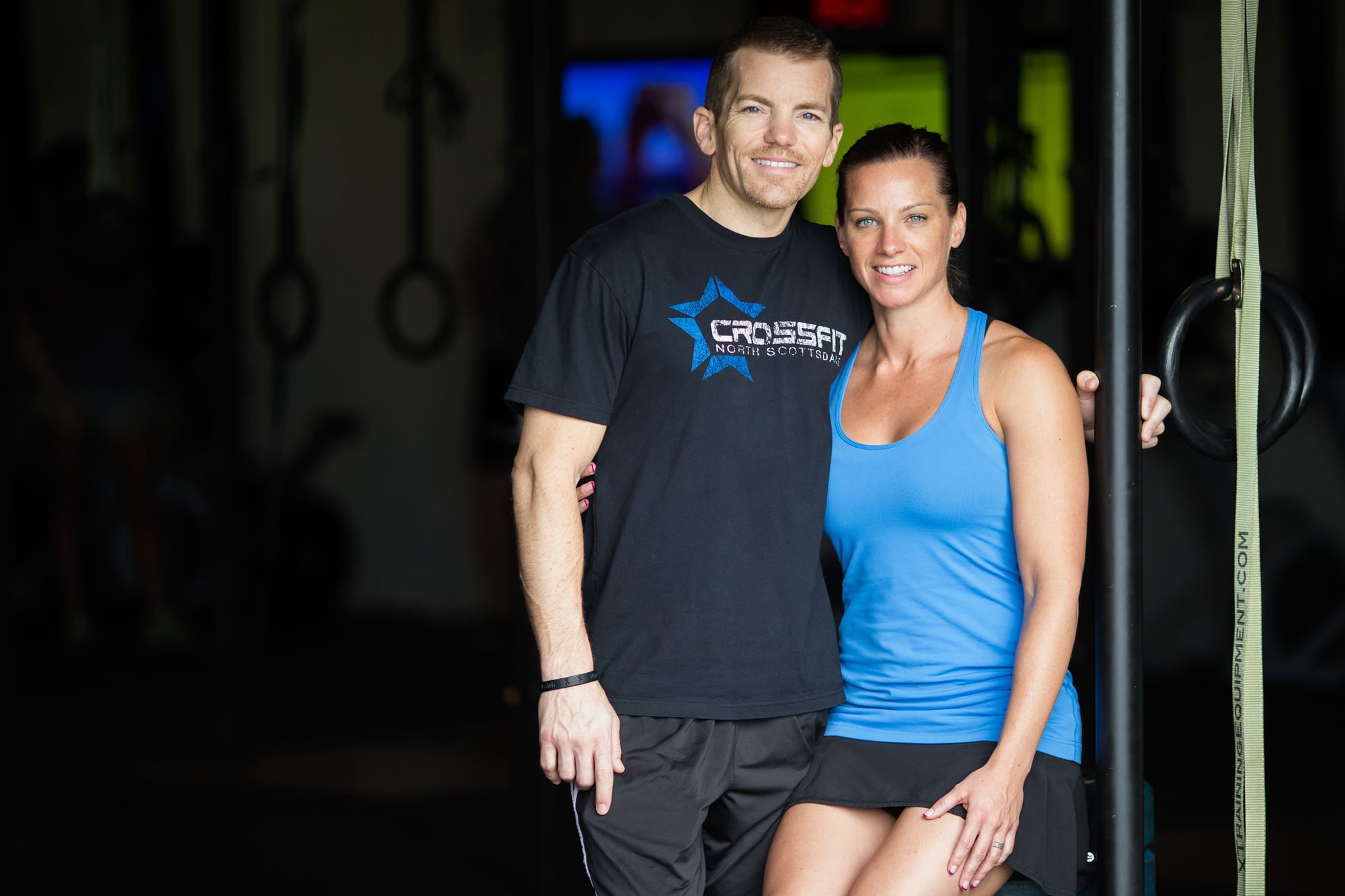 We all know cancer sucks. Jason Fine knows that better than most, because it’s killing him. But he’s going down swinging with kindness.

For the first time, I’m publishing a story by another writer on this blog because time is short and I think you should know Jason’s story while he still draws breath on this Earth. Project Kindness is perhaps the way we all should live, and it’s the way Jason has chosen to go out. Thank you, Jason. Even though I never met you in person, I will always remember you. 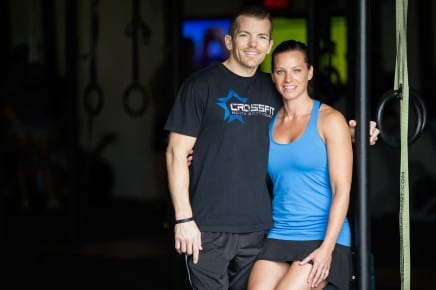 Jason Fine, co-owner of CrossFit North Scottsdale in Arizona, and his wife, Erin know first-hand what the heart of the CrossFit community looks like. They know what it’s like for a tight knit community to come together and rally for each other regardless of the circumstances.  A community that shares in both joy and sorrow – good news or bad.

Recently, for 44 year-old Jason Fine, the news has been bad.

16th in the World

A few months prior to competing at the 2013 South West Regionals, Fine (a Master’s competitor in the 40-44 age division) saw a doctor to ask about a lump he noticed under his arm. After ordering a few tests, his doctor cleared him and asked him to follow up if he noticed any changes. Fine continued on with life and training; at the age of 43 although he was qualified as a Master’s athlete, he competed against athletes as young as 20 years his junior at the South West Regionals “just for the experience.” He then headed to Carson, California for the CrossFit Games sitting in 8th place for his division. He finished the week as 16th in the world – he now knows that he did all that while he had cancer.

In April, 2014, as the CrossFit Open was coming to an end, Fine was diagnosed with Stage 4 malignant melanoma cancer.

Fine had done everything right. He had regular doctor appointments, check-ups and physicals. He had his skin and lump checked by a dermatologist, had moles removed and biopsied, had follow-up doctor visits and even sought a second, third and fourth opinion.

It was that fourth doctor that eventually found the cancer almost a year after he noticed the lump. Fine, as it turns out, is one of the ten percent of the population who did not have a primary cancer site that he had ignored. He had no outward symptoms, no warning signs.

Fine (and his sister, Robyn, who is also battling the same disease) has what his doctors believe is a genetic marker that sets off the cancer. In his case, the cancer has progressed quickly and despite surgery, radiation and aggressive treatments, his cancer continued to spread throughout every corner of his body. In an excerpt from his personal blog on July 2, 2014 Fine describes the news he gets from a recent scan:

“News was not favorable. I have cancer almost everywhere. Thyroid. Ascending aorta. Pancreas. Right and left kidneys. Right and left groin lymph nodes and right axillary lymph nodes. Thirteen new tumors. Many of them and 1-2” in size. I can feel them when I breathe deeply and swallow. Along with a few superficial ones around my body. FU CANCER!”

His treatment, emotional journey, adventurous spirit, relationships with his friends, CrossFit community, family and his wife are all written about in his blog. Although he is fighting a terminal cancer, Jason and Erin have chosen to move forward and smile everyday living by the mantra “We have today, let’s make it the best.”

They have done just that. As a gift from their community, Jason and Erin have been able to travel and check things off their bucket list as well as visit family members out of state thanks to the CrossFit North Scottsdale community. A group from their box started a private fundraiser to make sure the Fine’s were able to get away spontaneously between treatments for a few days when they needed a break. Four local affiliates also hosted fundraiser WOD’s to provide financial support and relief for treatments, travel or other needs.

“It has positively affected our box, our community. They have totally stepped up under negative circumstances. We are a lot tighter, closer. People have been bringing us meals, bringing me to the hospital. It brought out the goodness of what already exists in CrossFit” said Fine.

It was out of this goodness that Project Kindness was born. After a series of bad news from doctors regarding scans and prognosis last week, Jason was up most of the night vomiting. His wife was asleep in bed and he was in terrible pain.

“I wanted to die,” said Fine – “I thought it was the only thing to take away the pain. After three hours, I finally got myself up off the floor. I needed to find a way to make my week better. It [Project Kindness] was something I made up to find a way to cope.”

The next day, he made a sign that said “Free Hugs” and set out at the Mayo Clinic to show people a little more kindness.

“I was shy at first. I didn’t want to be the creepy guy with a sign, but I opened up. When the elevator opened up, there was a guy standing there with a tracheotomy tube coming out of his neck, draining – I flashed my sign at him and he pointed to himself like ‘who me?’ I said ‘yes,’ he nodded and we [Fine and two friends] gave him a group hug,” said Fine.

Acknowledging that people are fighting private battles that are not always apparent, Fine made it a goal to give 100 real hugs from people he didn’t know. He has since changed that goal to “as many as he can get” with the time he has left.

“I don’t have a lot of time left. I am trying to find every bright spot that I can – it’s been working and I’m going keep doing it until I die. It’s so simple to do simple things for each other,” said Fine.

Jason Fine is logging off for a while. After keeping friends, family and the CrossFit North Scottsdale community updated on his journey for several months through his blog, he is choosing to spend every moment with his wife and his family. Project Kindness will go on. He asks you to continue it as well:

“The most impactful lesson I learned in this short journey with cancer is we can all be a little kinder … This battle taught me more than I can put into words right now, but I had a major awakening a couple months ago after diagnosis and prognosis. Don’t wait for something like this (or never) to learn to be better. Be a better husband, wife, friend, brother, sister, son, daughter, uncle, aunt and person … TODAY. It doesn’t have to be complicated, simple acts go so far. Be present. Listen. Hug away … Love to you all, Jason Fine.”

Fine added: “Life changes so quickly. I hope it [my story] has a longer impact than just a social media piece. It is so simple to do simple things for each other.”