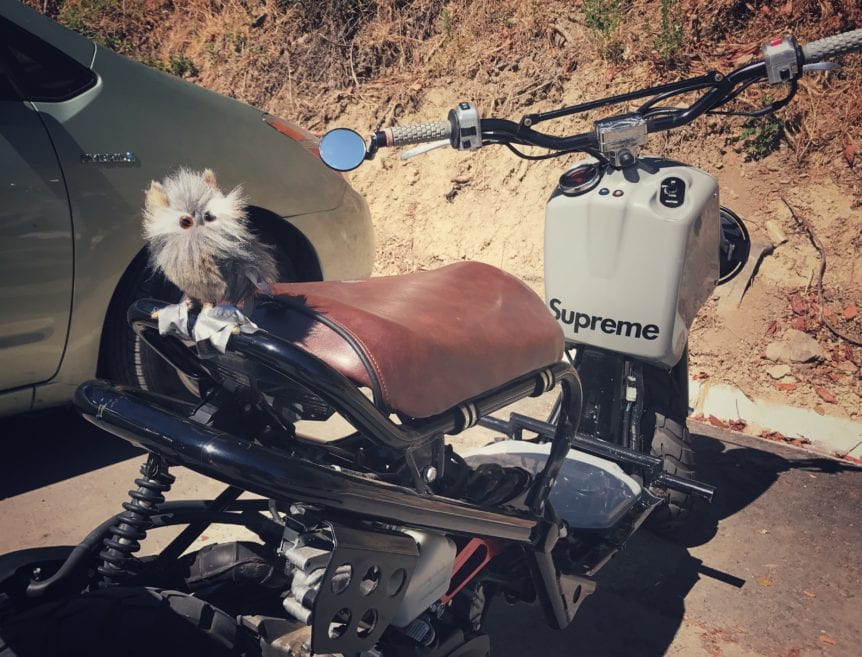 My ride is ridiculous, and most riders don’t wave at me.

You know, that cool little side-wave, a flick of a few fingers or a hand down low, that motorcyclists give to other riders brave enough to don a helmet and move on two wheels among the big cars and trucks? 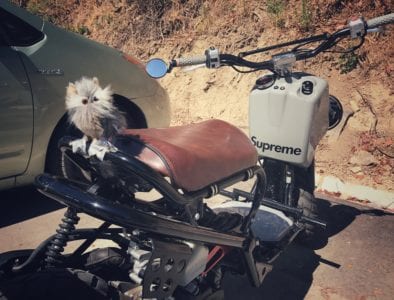 My ride is a modified Honda Ruckus that weighs all of 200 lbs. It fits only one rider and there’s a little stuffed owl I’ve duct-taped to the back rail to scare off the ravens at work that keep attacking my seat and putting holes in it.

[Tweet “My ride can’t even get respect from ravens.”]

But I love my little top-speed-of-45mph (downhill) scooter. It’s cheap and fun and I can park it anywhere. My commute to work is three miles, and I enjoy all 11 minutes it takes me to ride my Ruckus through town and up the hill to campus. Every three weeks, I put a gallon of gas in. (The tank only holds 1.5 gallons.) At 90 miles to the gallon, I don’t have to fill up often.

So, imagine my surprise when one day, an old guy on a Harley gave me the wave and a head nod. YES! I felt seen! Another rider had seen me and my goofball ride and acknowledged my existence! I felt huge and accepted.

But then, a couple of weeks later, I was waiting at one of the lights in the middle of town, on my way to work, looking the opposite of Hells Angel in my button-down shirt and Ecco boots, my trusty owl at my back … when I heard the pipes.

Big pipes. Huge noise sweeping up the street, announcing to everyone that real motorcycles ridden by hard men were here. It was a deafening sound, even there in my little white full-face helmet.

Oh shit. Here I was, at the front of the line, a 51-year-old woman and her owl, going to work to string some verbs and nouns together, my only calluses in life coming from a barbell. Not so very bad-ass, after all. I felt small and kind of silly, and wished I could be unseen. Invisible.

I glanced over to my right, expecting a no-look or some kind of scorn from a big man with flinty eyes.

Wrong. He was an older man with a ponytail trailing down the back of his leather vest … and he was laughing. ROARING. His smile was HUGE and he threw one thumb in the air, shouting over the noise of his own bike:

I grinned back. The light changed and the Harleys roared off, leaving me in the dust, although I had my throttle wide open, but with a 49cc motor, it takes you a while to get to 30 mph.

But that didn’t matter. I smiled all the way to campus, embarrassed only at my own assumptions, and filled with gratitude for old men with accepting natures on Harleys. Maybe we all could learn something from them about the importance of seeing and being seen.