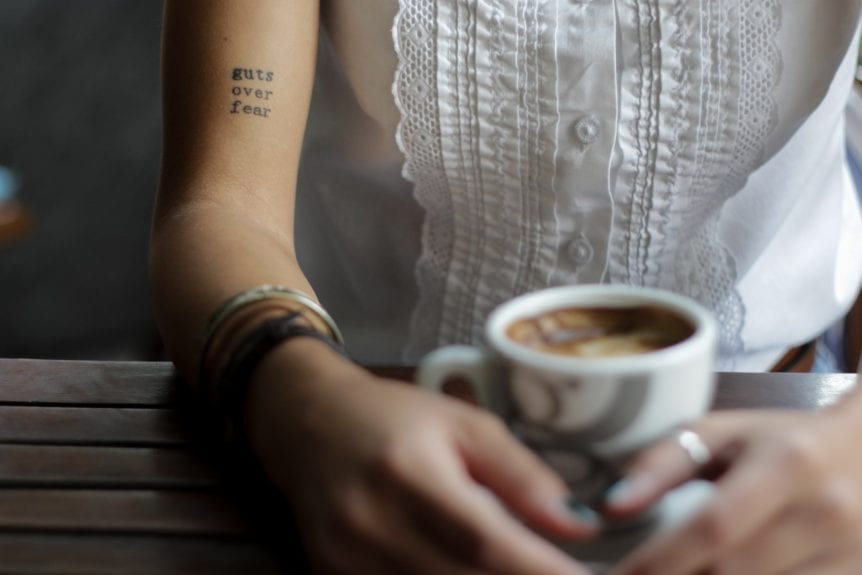 You can put love into the world – into what you do, what you say, what you carry in your heart and imbue all your actions with – or you can slag on other people.

It’s a really simple choice and I’m never sure why we all have to be reminded of it so much.

It’s safer.
It makes you look smarter.
It feels better.

Fear is such a mofo that it stops many good people in their tracks and prevents the next right step they want to take. Fear can be like that.

I can understand those frozen or deterred by fear, and I can forgive them. But I can’t praise their actions, and I don’t want to emulate them. (And I do have my share of moments when I have been stopped by fear. I’m no saint and I’m no Patton.)

[Tweet “The best I can offer is this: Fear hurts, but it hurts more if you let it win. “]Fear hurts more if you let it haunt you and taunt you and mock you in the quiet moments of memory when it reveals itself in the crevices of your mind and reminds you of who you could have been with a little more chutzpah. That’s the really shitty thing about fear: the trail it leaves – in you and in others.

Teddy Roosevelt wrote of “those cold and timid souls who neither know victory nor defeat.” Don’t be them, and don’t be worse: Don’t be one of the cold and timid souls who type degrading sentiments on a blue screen and send them to the world because they’re scared of going first, of being original, of standing out from the safe crowd. That’s just chickenshit. I hope your mama raised you better than that. Be better to the world, and the world will most likely feel a whole lot better to you.

And then you know what happens? It often takes a while, but karma comes round. You just have to stop waiting for her and instead busy yourself putting more love into the world.