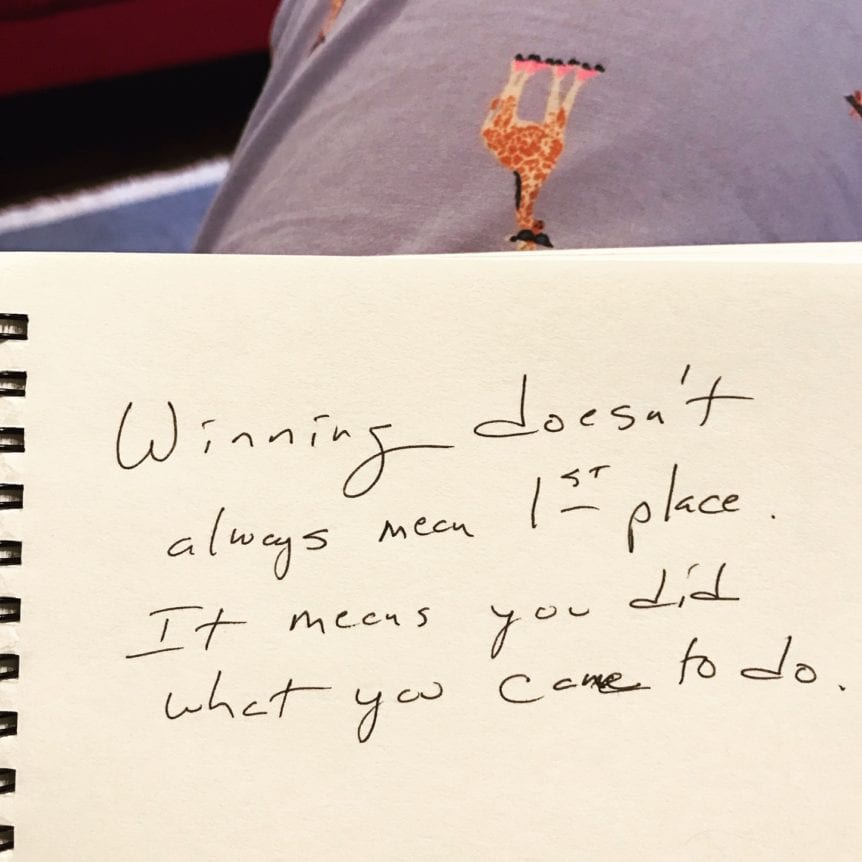 We have this idea that winning means coming in first place.

Well, it does and it doesn’t. Sure, you win if you’re number one in a contest, but that’s not the only way you can win. See, winning as first place only limits us as human beings.

[Tweet “What if winning actually meant that you did what you came to do?”]

Think about that. You had a goal and you reached it. That means you won no matter whether you came away with the top prize or not. You won whether or not you’ve stood on a podium with a ribbon around your neck. You met your goal, right? Like heroic action, it doesn’t matter if anybody else knows it or acknowledges your action. You know. And you know you won.

Now, some folks will say, “Hey! That’s not right. This sounds like some socialist plot or some ‘everybody gets a trophy’ line of BS!”

I’m talking about being real and honest and true.

[Tweet “Remember this: Chase victory but don’t let it rule you.”]Center your mindset on your goals, not someone else’s ideas of what your goals should be. And then work really hard to reach those goals. [Tweet “Because winning doesn’t always mean 1st place. It means you did what you came to do.”]