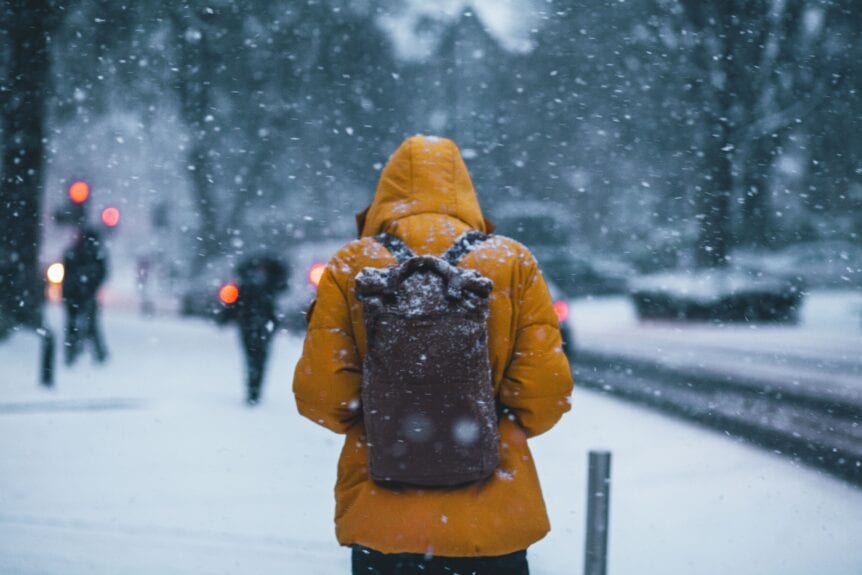 Being cold does not make you a better person.

You might like being cold – I often do because it perks me up and makes me feel more alive than the luxurious indolence encouraged by heat, but then I was born a Yankee and the early habits of my childhood persist in me, often despite what growth I try to make beyond them.

Cold feels strong. “I can survive this,” I think and push myself to take more.

Maybe that’s why we exalt coldness at times like it’s desirable – in physical or emotional realms, even if that’s not true. It feels strong and so we push ourselves to ice body parts and endure cold plunges and turn the hot shower to freezing before we step out. I do these things too, although I am never certain they are of great benefit.

But I was thinking about cold and heat this week as we watched the devastation wrought in Texas by the arrival of a cold no one was ready to bear – people or plants or buildings.

Unpreparedness brought greater suffering and there was no nobleness in that suffering. It was just suffering.

(The nobility of the human spirit showed in how Texans helped each other during this time, and how others helped Texans, but not in the suffering itself.)

And, as I sat there in my warm house, I thought about how happy I am to have heat and to be able to afford it, to be able to turn the house warmer at the push of a button and, also, not to worry about the cost. Heat as luxury.

I remember being so cold as a child. It is likely the dominant memory of my Connecticut upbringing. The lack of warmth in houses and, sometimes, in people.

As I grew, I unwillingly took these lessons with me because they were ingrained in me, like freckles on my skin and no matter how much I scrubbed my memories, I couldn’t get them off.

And so there was that winter in 2001 when we lived in Virginia and the winter was cold that year and natural gas prices were high. I kept our house at 66 degrees because we could tough it out and save money, I figured.

I was a New Englander with a Catholic school education. Cold couldn’t break me. Nothing could break me.

But then my two-year-old child came into the house one day and refused to take off a big winter jacket for hours. Hours. The house was too cold. I realized my child was suffering because I was being prideful and stupid. I turned up the heat.

So often I have tried to be thrifty with heat, like I was a better or tougher person if I could “take” the cold. But I was wrong. If you’re cold or others are cold, turn up the heat if you can afford it, like my mother did when she was older and money was not so tight.

Being comfortable isn’t a sin.

I have a good job now and money to pay for heat. I’m still thrifty (always a few layers in winter) but I’ve learned how not to be stupid.

Heat is not weakness.

So the next time you’re tempted to think that you (or anyone) need to toughen up, maybe what you really need to think about is warming up. And if heat is needed, give it, whether in degrees or in love.

P.S. If you want to help, you can give to Feeding Texas, an organization doing some good.

« Podcast: Hit Play, Not Pause Don’t Lose Yourself to the Bitterness »