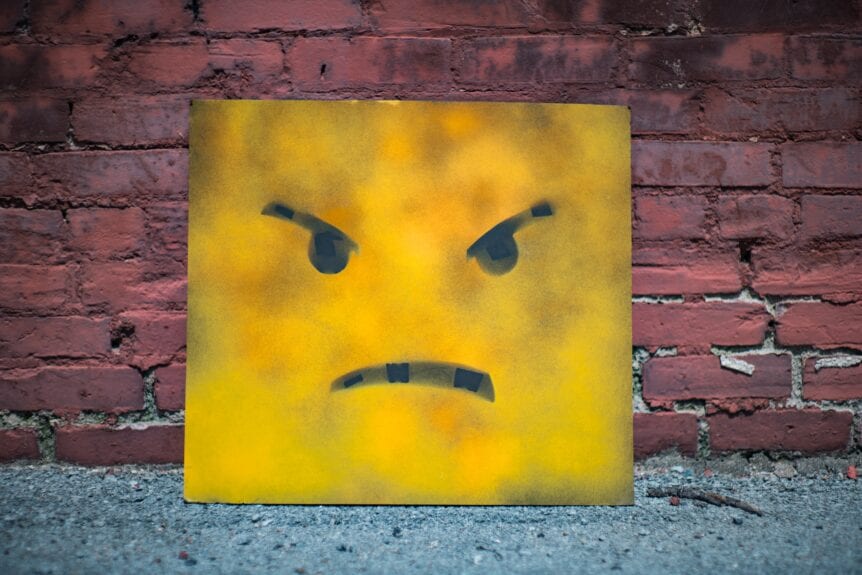 Don’t lose yourself to the bitterness.

I know that’s a big ask. And hard to do, particularly in this year in this world that we’ve created or allowed to let happen. We all have a right to be angry, to resent what is going on around us. But don’t become bitter in your anger, like it’s the only way to be.

We’ve turned into such a bitter culture, addicted to our own seething rage even as it hurts us, as it burns us, as it destroys us. Anger feels damn good … until it doesn’t. Anger is the briefest of highs and then you chase that feeling all day, all week, all year.

Let it go if you can. (And if you can’t? Try the barbell. I’ve had good luck there.)

Trust me, peace brings deeper sleep than anger (or revenge) ever could.

And please don’t get tugged under by the tricky human riptide called self-righteousness. That anger sprint turns into an anger marathon, complete with overtones of holier-than-thou and (often) religion. It’s a quick cross-over from there to Bitter Lake. One moment you’re angry and the next you’re exalting your own opinion like you wrote the tablet and you walked it down the mountain, too. Oh, amazing you. But also know this: You’re never better than anyone because you’re outraged and they are not. Life doesn’t work that way.

I don’t say that because the high road tastes better or is easier or more fruitful. It may not be. The secret to gobs of money might actually reside in being selfish or at least demanding a certain agnosticism to the fact that your own conduct might be contributing to the general shittiness of somebody else’s life.

But we’re not going to worry about that right now. Right now, we’re going to concentrate on rising above. When it doubt, rise. It’s the best way to live. Always has been. That doesn’t mean you never put up a fight or you always give in, but that you simply consider in each instance what good you are accomplishing. Bitterness rarely rides the same trail as goodness.

If you can do one thing this year (and I know that’s asking a lot because this year already has shitshow written on it), try this: don’t lose yourself to the bitterness.

« Heat Is Not Weakness Fight the Algorithms »