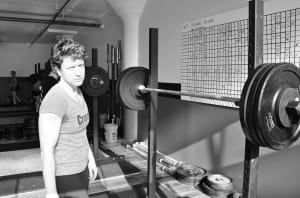 Someone is “acting like a kid” and “dressing like a clown” or doesn’t have a “real job” and whoops—the Serious Police frown on them and tell them to “grow up” and “get serious.”

Well, there most certainly is a time and place for being serious. Church, funerals, receiving bad news from the doctor, wisdom teeth removal. Even in the gym—during the workout, in the middle of heavy thrusters, right before you snatch, etc.

But if being serious is your entire obsession, you’re probably not having too much fun.

And that’s a shame.

I have family members who don’t think I have a “real” job. And I guess I don’t, if a real job means serious shoes and a furrowed brow, with maybe some Power Point presentations and numerous soul-sucking meetings. I’m guessing a lot of folks with jobs in the CrossFit world feel the same way. Trainers and affiliate owners might not have what some folks call “real” jobs.