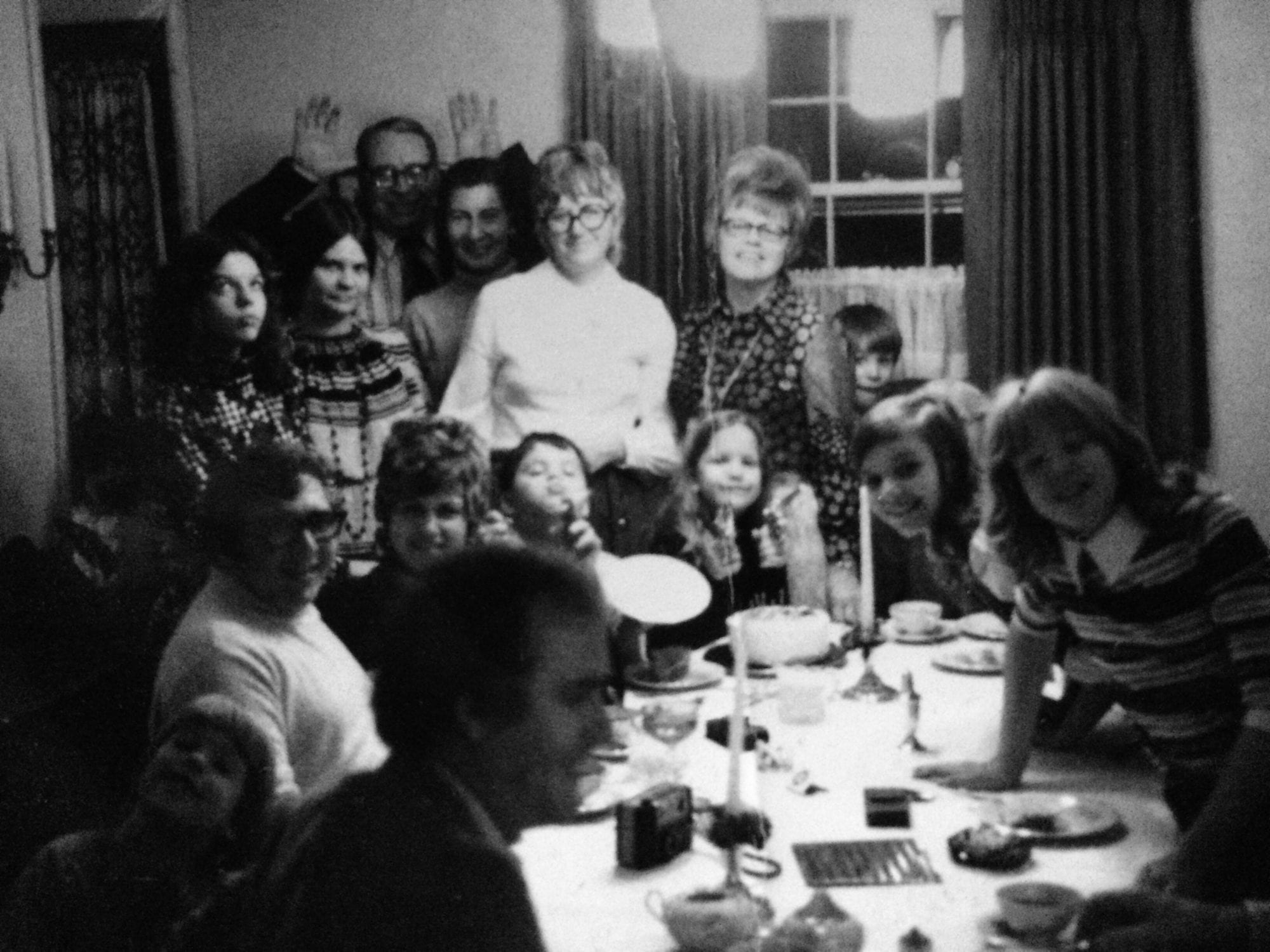 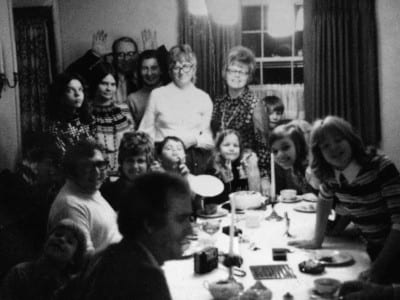 That’s me in the middle with the six-shooters. My mom is right behind me, in the dark polka dot dress.

When I was 8 years old, my dad got laid off. It was the middle of the 1970’s recession, and lay-offs were pretty common. So my parents did what people do in hard times: they opened a business.

It was called A.V. Darsh Company, and the world headquarters was downstairs in our yellow split-level. Yup, the basement. Filled with Astroturf and knotty pine shelves, our basement instantly transformed from a laundry room/play area to a distribution center. My mom and dad sold gauges, machine tools, and strange measuring things called micrometers that arrived from weirdly-named companies in Japan. My dad still wore a suit and drove to a lot of meetings. My mom typed invoices and shipped packages. The UPS man came to our house daily, and we had an answering service named Betty. In between all that, my parents found time to raise five kids and go to church a lot too. On Saturday nights, they’d pour a couple of drinks and do their nails with their friends, Frank and Ann. Yup, total rebels.

One of the additional jobs my mom had during those years was being an Avon Lady. This meant that I (being the youngest) rode along with her in our red Pinto when she had to work. She’d always park and give me the choice: come inside and listen to boring grown-up talk, or stay in the car and read. I stayed in the car a lot. I read a lot. Today, someone would probably call the cops on my mom, but this was 1973 and folks back then still believed in independence and playing outdoors until the street lights came on. I was never abducted, although in our corner of rural Connecticut that would have been the most exciting thing to happen in years.

When my mom approached a front door, I’d always watch keenly. When she had been a U.S. Census taker in prior years, the door would open hesitantly, and you could see the confusion on the resident’s face. My mom would show her credentials (“Donna Darsh, U.S. Census”) and then get to work. Within seconds, she’d have them smiling and opening the door wider. Rarely was she turned away. Smiling and politeness seemed to win folks over, along with the specter of a government program.

But as the Avon Lady, it was different, like a joyful family reunion with people who didn’t share your bloodline. The front door flew open and whoever was at the door hugged or kissed my mom. If it was a kid opening the door, they still smiled big and waved at my mom, even though she was right in front of them. She’d disappear into the house and reemerge 20 minutes later, merchandise delivered and new order sheet in hand, her “Who’s Looking Good Now?” tote dangling from the crook of her elbow. I was never quite sure in those years whether all those women really loved the Avon lotions and creams, or whether they just wanted to spend time laughing with my mother, who was the funniest person I knew, although her more glamorous sister Nettie came in a close second.

Now this is the point in an essay where you think I’m going to tell you some story about “that one day” that something scary or extraordinary happened. Some rising drama appears and I put a big moral to the story. But here’s the thing: there was no drama, no special day. I simply watched my mother talk to folks with warmth and humor and then get invited into their homes. She loved them and wanted the best for them — and they responded by buying her lipsticks and hand creams or answering her census questions, amidst the laughter and talk about children. Mom was just a woman in her 40’s with blue eyes, a big smile, and an even bigger heart — and every front door would open. People know good people when they see them.

Sometimes, I think back to those front doors when I’m considering doing business with someone. Would I open my door and invite this person into my home? Or would I leave them on the porch and talk to them out there? Maybe barely open the door? How comfortable am I with them? And what does that say about them? About me? And if they don’t pass the Avon Lady test, do I really want them to keep ringing my doorbell?

« If You Did It Once, You Can Do It Again What Happened? »