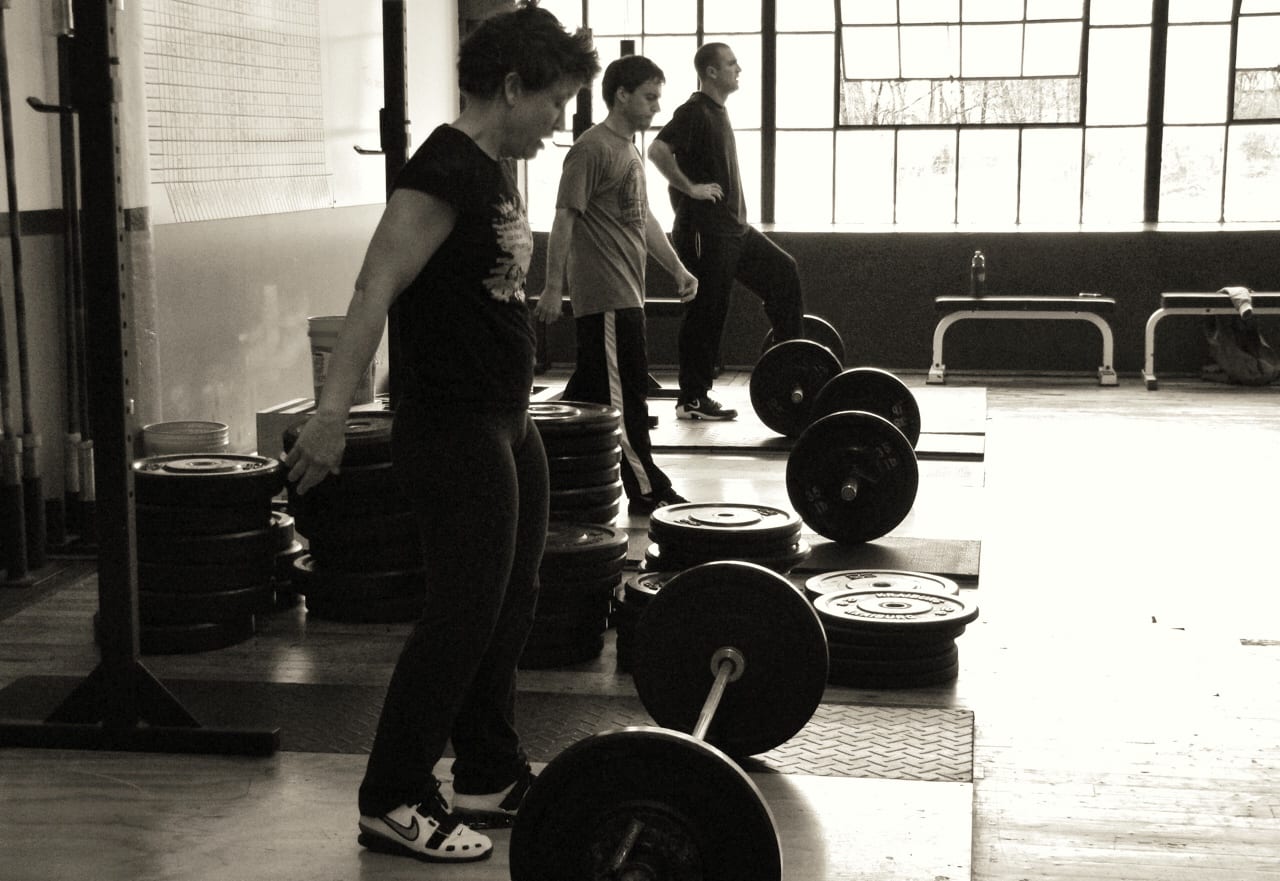 I’m kinda loud in the gym.

I make all sorts of weird noises, from groaning during the warm-up to some odd grunting that emerges during lifts and metcons. And, sometimes, when I’m rowing hard, this old Russian woman seems to appear and yell “DAH!” on the back end of every stroke. (I turn around quick, but I can never catch her. She’s FAST.)

And (surprise!) sometimes I yell “Fuck!” when I miss or fail. (Alternate versions: “F*** me!” and “F***ing hell!” complete with jump and foot stomp. But never “F*** you!” because that would be impolite.) I might have issues. But I think maybe we knew this already?

Anyhow, one time I actually saw someone jump when I grunted like a farmhand in the old country. This new gal passed in front of my bar as I pasted some hang power cleans together with equal parts aggression + technique + odd noises. She jumped a little in surprise but kept walking.

Her reaction brought me back in time to when I was new in this functional fitness world and not used to barbells dropping and people yelling and all the incredible, marvelous life that was there, present and breathing hard, every single workout. Back to when the hook grip was a new thing to learn, and mental reminders were needed for the difference between the push press and the push jerk. Back to when muscle-ups were hard. (Oh wait, they still are. And I still don’t have one. And I don’t think I ever will, not with this shoulder now. But I digress!) Back to when I wasn’t used to people laying it on the line all out, just to exercise.

And you know what? We were all there once. None of us was born fully formed into this fitness world. It was new to every single one of us at some point. I think sometimes we forget that. And I wish sometimes that we were nicer to new folks, and nicer to each other in general. It’s just fitness, after all.

But I get that aggression that comes out of us at times. Mine shows up in grunting, I guess. And they tell me that I have a swagger. Maybe it’s the yoga pants.

How about you? Are you quiet in the gym, or do you get loud?

« You Leave My Yoga Pants Alone Normal is Overrated Anyhow »