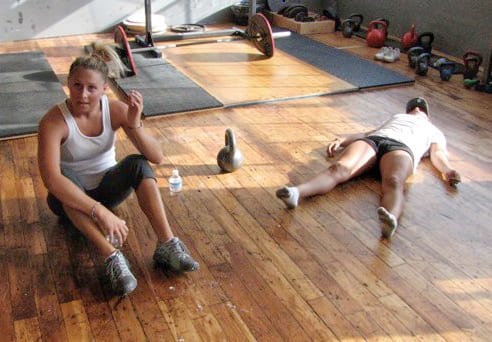 I’m going to come right out and say it: I don’t like burpee penalties for late class arrivals. Their very existence in an adult world flummoxes me.

[Tweet “I’m surprised nobody has come up with the idea of sticking a pencil in somebody’s eye.”]

A little more creativity and we could probably solve the tardiness problem pretty quickly. (“Did you see Jimmy? He was late for class and they cut off his thumb!”)

I just don’t get it. But maybe I’m a diva. I’m not always easy to please.

See, last time I checked, I was a full-grown adult with responsibilities.

Most of the time, I’m punctual for my workout. I’m late maybe one out of every 30 classes. That’s not a bad ratio. Might have hit some traffic on the highway, or had to write a poem when it came to me. (These are both legitimate reasons to be late, at least in my mind.) If I’m late to my doctor or my haircutter, that’s on me. None of those places make me pay a penalty if I’m a minute late. They’re professionals and they treat me like an adult. (I’m on time for most of those meetings too.)

Also, I’m not in the military anymore, nor do I want to be.

I don’t need life training. I just need a workout. [Tweet “And that burpee penalty? It’s adding to my stress, not taking it away.”]

So tell me again how this group punishment mentality is good for the member or the gym?

When I was a kid in Catholic school, the nuns would regularly punish us as a group.

[Tweet “Group punishment worked because we were 10 and the nuns were mean and they were allowed to hit us.”]

I’m an adult now. Why would I want to be treated like a misbehaving child again? When did my coach become my parent? And why would I pay to be parented again?

Some people will say, “There are repeat offenders. They need to learn.”

I get that. So give them something that will teach them, not cause the class to go “Lord of the Flies” on them. Troop justice is cheap justice, even if it is effective.

[Tweet “Be a leader, and address the person with the problem. Don’t make the rest of the class do your work for you.”]

I get that every gym gets to run things however they want. I see the pride that owners have when they say, “My gym. My rules.” I respect that. But we’re not in 2010 anymore. There are over 11,000 CF affiliates in the world and thousands of other un-branded gyms. People have options for functional fitness, and there are more options appearing every day. One of those options in your local area might treat their members like adults. Just something to think about.

Now tell me, am I wrong? I want your honest opinion. What do you think about burpee penalties?