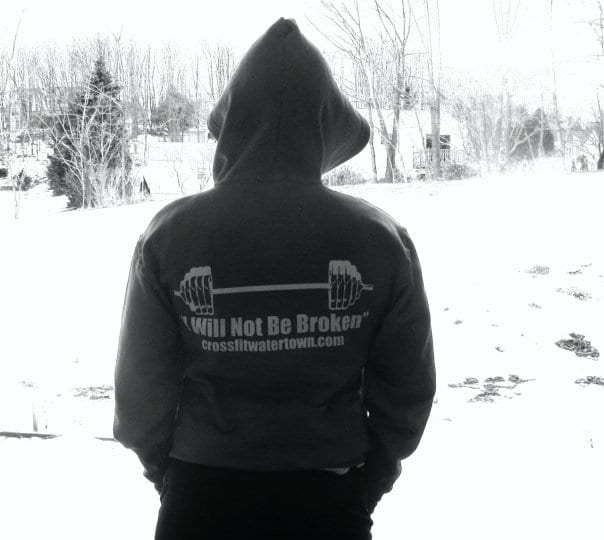 I will not be broken.

This saying has been one of my mantras for years.

I had a friend paint it above the entrance in my first gym. 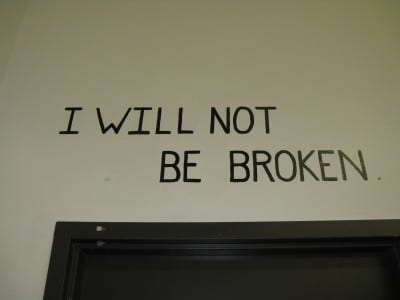 We put it on our sweatshirts, too. 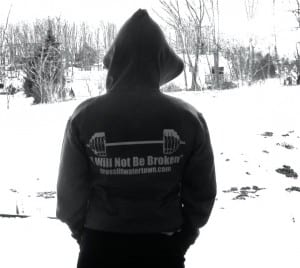 I put it in my coloring book (“The FUNctional Fitness Coloring & Activity Book.”) 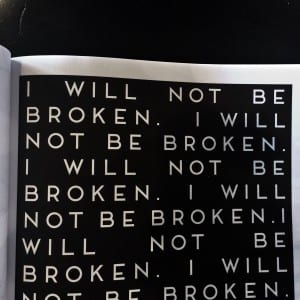 And I even had Bonnie Raitt write a song about it.

Okay, I made up that last part. (She wrote it on her own—but it’s really good—listen to it!)

But here’s the deal: they’re only five words but those words can mean so much. I will not be broken. Think about them.

At first, I used this mantra like this: you can not break me.

Like that line in “Biko” (the movie about South African anti-apartheid activist Steve Biko): “You can beat me, jail me, even kill me. But I will not be what you want me to be.”

Then the world broke me.

You probably know what I’m talking about because we’ve all been there. Love, work, life, divorce, birth, death. The years and the tears came. And I learned what everyone learns: no matter what happens, no matter how enormous your sorrow, no matter how overarching your ache … the world spins on. It seems cruel, but it’s not.

It’s just the world doing its business of being the world.

So, my saying was broken. I had been broken. I could be broken. Maybe it was time for a new mantra, maybe something like “I’m still here.” But that seemed sad, and I wasn’t sad, and I was stronger in the broken places—wiser and stronger.

Then I realized that “I will not be broken” was still valid. It wasn’t that I couldn’t be broken—the world had proven me wrong on that—but rather that I could refuse to be a broken person.

I could do the work and heal. Have the kind of courage we don’t talk so much about. Do the stuff we all do but we never give ourselves enough credit for. I could come back.

I will not BE broken.

In a way, I guess that Biko line still applies. You can beat me, jail me, even kill me, but I will not be what you want me to be.

I will be me. I will not be broken. And I guess what I’m saying is that I hope to hell you won’t be broken either. The world needs all of us, and it needs us strong. So get moving. I’m right there with you.

« The Getting of Wisdom It’s You »