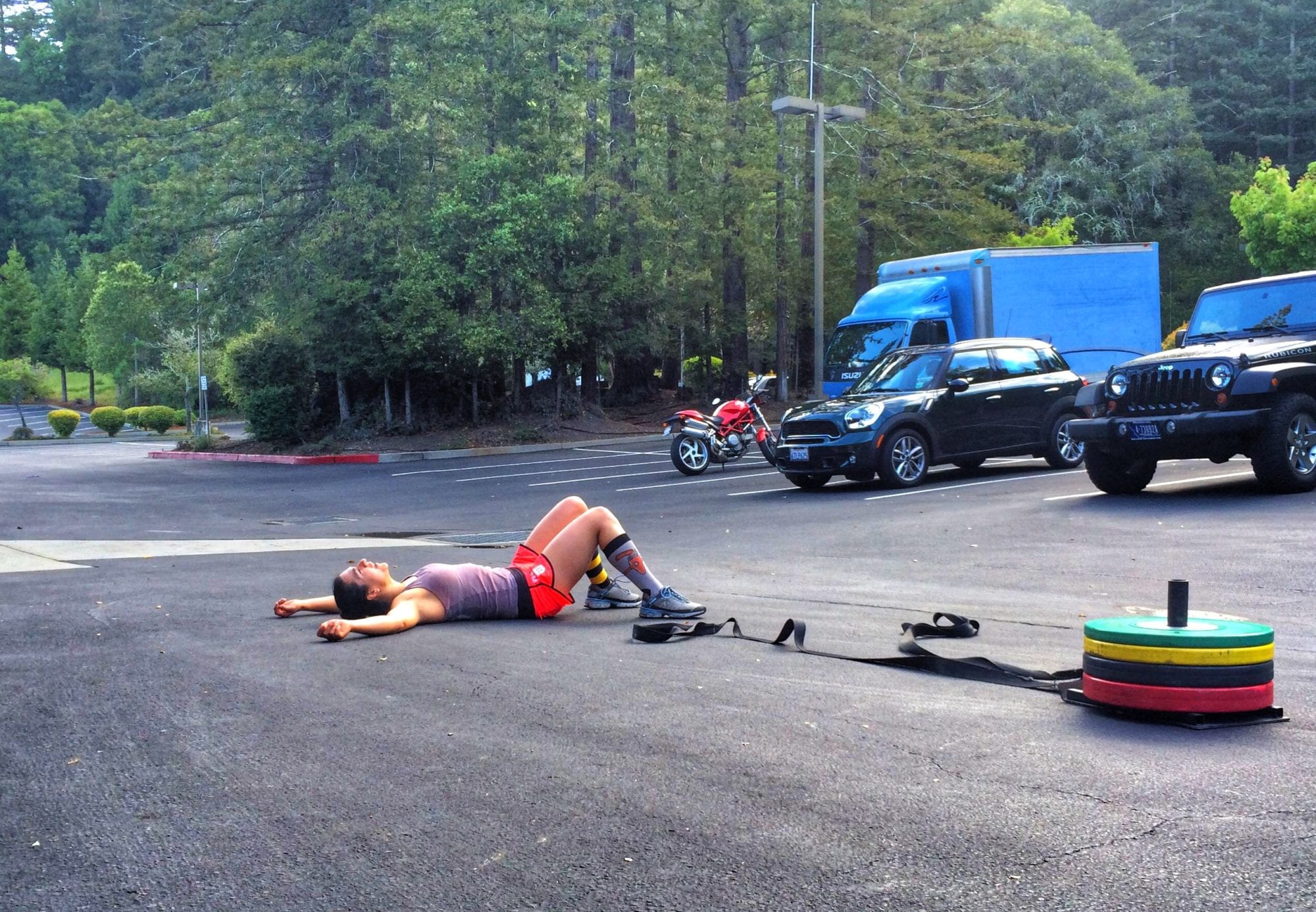 I wish anger management was as easy as doing some yoga or meditation.

I mean, I guess that works for some people. They “om” and they fold into child’s pose and they salute the sun and—MAGIC!—they’re super-duper mellow and love everyone and everything. Hippie-high or Santa Cruz Serene or something like that.

I’m a little more hard-headed, a little more ornery, a little more unable to calm the fuck down through breathing and snorting lavender. I need the barbell. Or a set of dumbbells. Or a sled. Or some power cleans and sprints until I feel like I’m going to throw up.

That’s how my mind and body operate. [Tweet “Maybe I’m not normal. But then I don’t think normal really exists—and if it does—I’m not certain I want any part of it.”]

To me, normal sounds boring and un-fun. I think it was Jodie Foster (another gay smarty-pants kind of gal) who said something like, “Normal? Why would you want to be normal? Run as far from that as you can!”

[Tweet “When it comes to chasing peace and bliss, I don’t think everyone can get there by thought alone.”]

I think there is an aggression and unrest deep in some of us and those things simply have to be worked out in other ways like powerlifting and Olympic lifting and CrossFit and mountain biking and triathlons or another means of physical thrashing.

I work with a bunch of yoga-lovers who bliss out and start their meetings with meditation. I breathe and smile through their carefully-selected mantras and their natural fibers. I like them. They’re good-hearted people.

[Tweet “But sometimes I don’t want to calm down. I want to rev up. I want to stomp the accelerator.”]

I want to pick up a barbell and throw it down and yell and chase someone on foot and try like hell to catch them and beat myself into a pulp as I race and fail and gasp for air and then fall—happy, stupid, sweating, gasping—in a ball on ground, rocking rocking rocking, as I try to bring myself back to myself, find the wholeness in the pieces, find the calm in the storm, find the me in me.

[Tweet “And sometimes to push myself physically to the ends of myself is the only way to find anything close to what resembles peace in this confusing world.”]

But here’s the good part—we all don’t have to be the same. We just have to be us. Trying to be someone else won’t cut it.

So pick up that barbell. Start the clock. Listen to the loud, unacceptable music blaring until the neighbors give you dirty looks. No one has to understand you but you. Do what works. [Tweet “Leave your anger with your sweat on the black rubber mats and then go love the world.”]