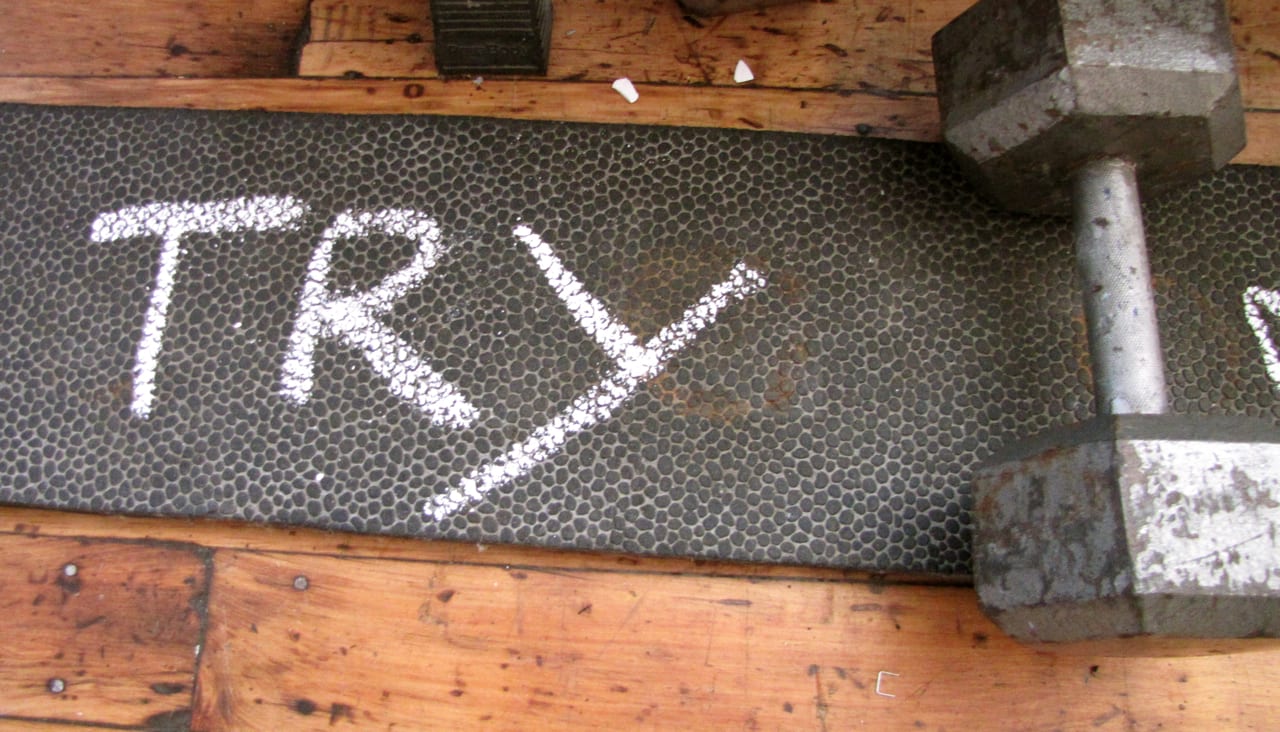 My son told me this morning that he has two goals for the summer: Learn to climb the rope and learn to ride a bike.

That might not seem like much to the average person, but for a kid who’d rather plunge his nose into a book, those are big goals. His world has always been more intellectual than physical. At the playground, my son didn’t want to play on the slide as much as he wanted to take apart the entire jungle gym and reassemble it in a better configuration.

He’s not hard-wired to be an athlete. We all aren’t programmed to be athletes.

Some of us can hear the coach’s cue and command our bodies to respond. But for some people, it’s a harder process. Nicole Carroll calls this the ability of “your brain to tell your ass what it does for a living.” Some people just don’t have it naturally. But it doesn’t mean you can’t learn how to develop it.

Teaching your body where to move in space and time is a practiced art. The more you practice it, the better you’ll be.

Whether it’s the squat, the pull-up, or the split jerk or whatever, all can be taught and all can be learned. Sure, you’re going to do it badly at first. That is to be expected. We all sucked at almost everything the first time we tried it, whether it was in the gym or in the kitchen or the office. Sucking at something doesn’t mean you shouldn’t do it. Hell, there’d be no golfers ever if perfect was a prerequisite for stepping on the links.

And it will take a long flippin’ time to get to perfect. And most of us won’t get there. But you know what? We’re going to get to “Hey, that wasn’t too bad” first, then maybe “Looking good” and, finally, to “Great!” And that’s going to be pretty darn good for us.

Come up with two goals today. Just two. Realistic and achievable. Tack ’em on the wall at the gym or in your office or in your bathroom or wherever. Some spot where you’re going to see them every day and can hold yourself accountable on your progress (or lack of progress).

I’ve got mine. My son has his. What are yours?

« The Real Suck A Month Off The Couch »