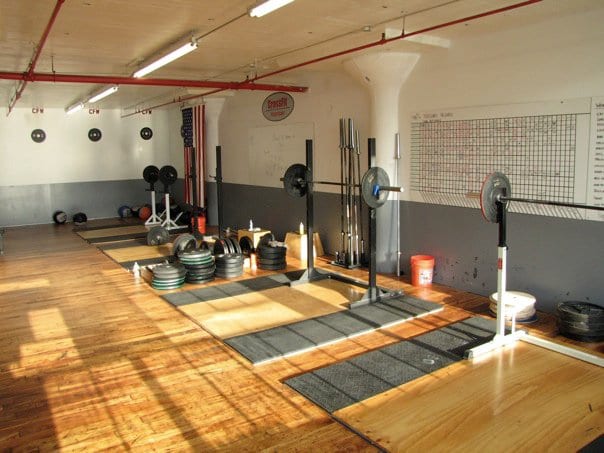 I can’t predict the future, but I can tell you this: sometimes I just want to work out on my own.

A few times a week, I like to go into a CrossFit-style gym and not do a group class. I want to work on my squat or do a Hero WOD or mess around with some rope climbs. I don’t want anybody to coach me/time me/join me. I just want to be left alone to tinker and suffer. Essentially, I want Open Gym about two or three times a week, and I don’t want to have to join a second gym to get that.

But that’s not an easy thing to find.

Many CF affiliates seem to still exist by the original class model: you show up at this time and do the workout as they’ve listed it, the way they want you to do it. I get it. That’s the way this thing started. You’re always being instructed. But after almost ten years of doing CrossFit, I’m getting a little itchy — and I wonder if other folks are too.

I wonder whether this whole thing might be on the cusp of change.

Why? Because things evolve as humans adapt to them. There’s so much more information out there now, and I think people want to work on their own stuff in addition to doing group classes. (We’re not back in 2007 when there were maybe four videos on the muscle-up and we all knew them by heart.) We want to learn a bit on our own, away from the watchful gaze. (Think of how popular the Internet is; there we learn without a watchful gaze.) And not everyone has a garage with barbells and bumpers and a pull-up bar, or wants one. Hence, the need for Open Gym time.

It’s easy to see this change from the member viewpoint. Folks are eager to test out what they’ve learned. But I don’t see a tide of gyms offering Open Gym hours. Am I missing that? Are there many of them out there? (And if you’re traveling, it can be difficult to find an affiliate that will let you do your own program, but that’s a whole other ball of wax.)

This feels a bit to me like years ago when it was fine to have a dirty little affiliate down a side street. You were the only game in town. People had to come to you if they wanted functional fitness. But the world changed. Now, you better be clean and easy to get to, or your competitor will be. This isn’t 2008.

What do you think? Is the group class model enough anymore? Or do you find yourself jonesing for something different? Is the fitness landscape changing again?